The project Vestris 4.0 experiments with de-masking a historical choreography and translating it into a contemporary form of expression.
Based on the Solo „Vestris“ by Leonid Yacobson, which was created in 1969 as a part of his „Choreographic Miniatures“ and depicts short episodes of the life of Vestris, a famous dancer in the 18th century, the dancer – as a contemporary subject – steps into the historical, male movement-material and distorts, rips open the original choreography from within. In a close relation to the music new assoziations and meanings occur, as does a space for the musicality of the dance.

On its arrival at the sea, a river has expanded to its maximum size – and it ends at the same time. To mark this occasion a brass band plays a piece wirtten especially for the river and therby pays it a special tribute.

In our times of permanent stress and alienation there is a growing longing for tranquility, simplicity and a “back-to-nature”. for many of us, a symbol of the archaic and the timeless is the stone. but what do the stones have to tell us? starting point of the project was finding a possibility to listen to stones. the intention was not to make music with or for the stones, but they should be source of the music.
With contact microphones and contact speakers feedback circuits between different stones are generated, which make the structure-borne noise (Körperschall) audible. depending on the geological as well as the geometrical structure of the stones different frequencies occur – the stone can be heard through an active process of listening.

In this live improvisation all sounds are created by contact microphones on the pianist’s and the painter’s tools, creating short circuits and feedbacks with small speakers inside the piano, with the interaction of the computer looping and freezing the occuring sounds once a while.

RELAX NOW! deals with observations in the area of conflict between cultural Hegemony and Autonomy in public spaces.
Starting point is the experience, that most public spaces are so-called “flat spaces”, one-dimensional and directed in their experiencability; they are not Free Spaces but are culturally occupied, subordinated in a system and to authority.
RELAX/NOW! is hysterical meditation, an efficiency-increased peace of mind. It is an over-the-top representation of the grotesque outgrowth of the relaxation industry.

A catalogue with the technology of greeting cards playing different soundfiles on each page you open it. music, text and graphics “forcing” you to relax. the ficitve RELAX/NOW! company promises from stressed to relaxed in 4.3 seconds!

DU, FREMDER
Short film based on a flash mob performance at Berlin Alexanderplatz 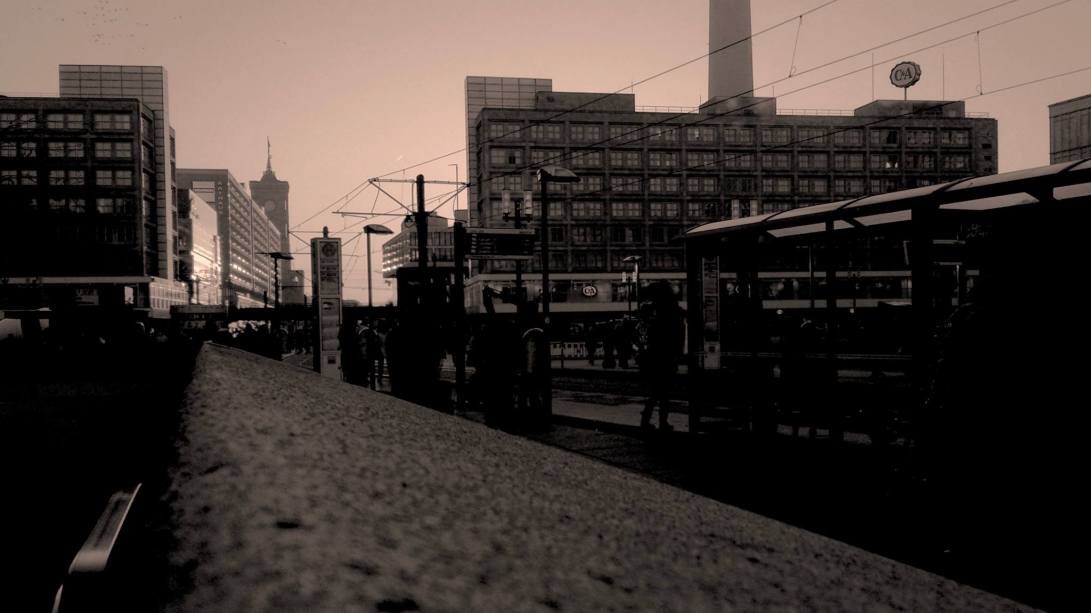